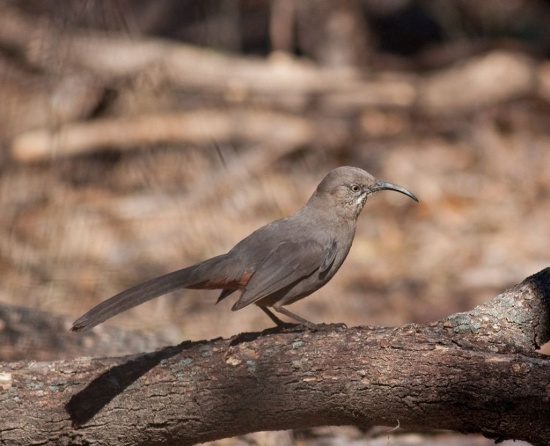 Southern California, southern Nevada, most of Arizona, most of New Mexico, western Texas and northern Mexico.

This is a polytypic species consisting of four subspecies[1]:

It builds its nest from twigs, lined with plant material, close to the branch. The 1-4 unspotted bluish-green, eggs are incubated by both parents for 14 days.

Search for photos of Crissal Thrasher in the gallery