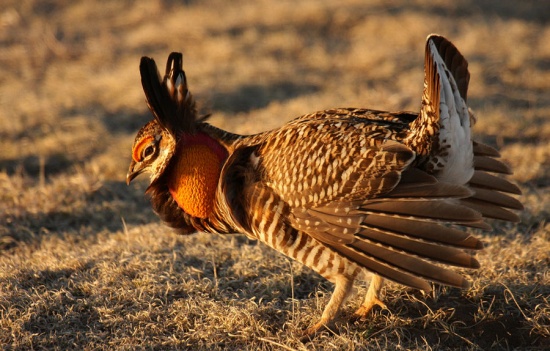 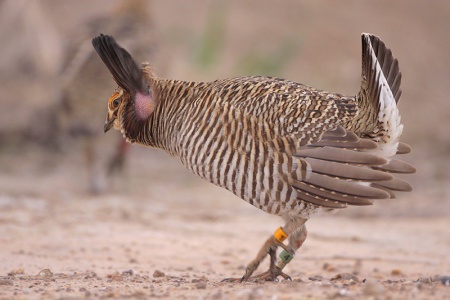 The species itself belongs to the Genus Tympanuchus, but placed in Tetraonidae by some authorities[1].

The Attwater's subspecies of the Texas coastal grasslands is critically endangered. 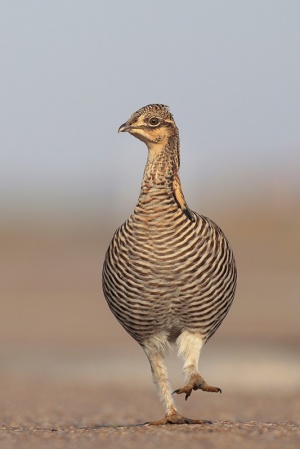 Often seen in flocks of over 15. This species is famous for the male's displays on the lek.

Their main diet consists of grains. In the spring and summer they will eat insects. In some areas acorns form an important part of their diet.

Search for photos of Greater Prairie Chicken in the BirdForum Gallery