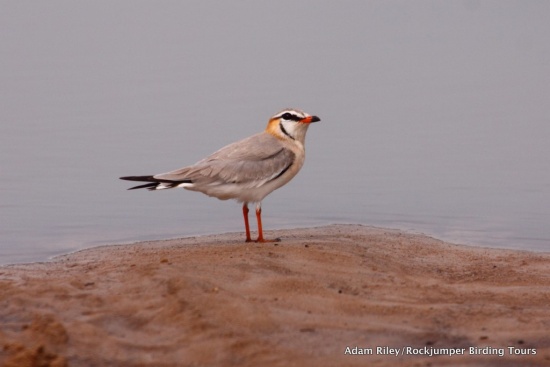 Usually found on sandbars of large rivers, but also sandy patches in savanna and even airstrips.

They usually forage in groups; catching insects on the wing, over water. Their diet consists mostly of insects such as small grasshoppers, flies, beetles and spiders.

Search for photos of Grey Pratincole in the gallery