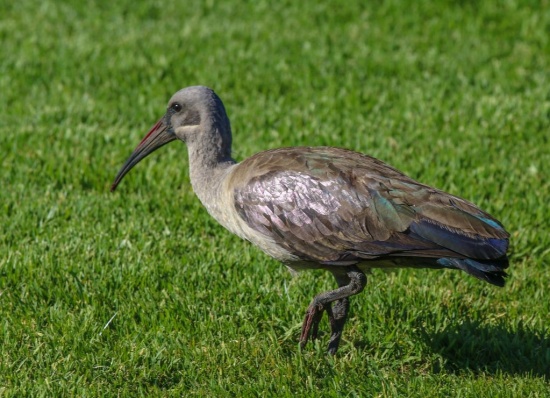 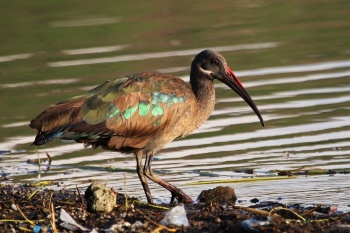 Juvenile and Immature lack the red stripe on the bill and the glossy color on the wings. 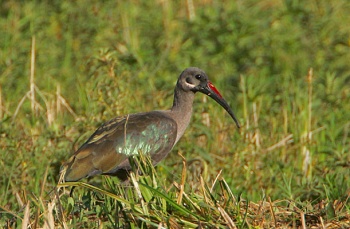 This is a polytypic species. 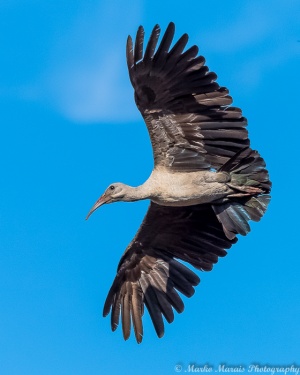 There are three subspecies.1:

Found mainly around permanent waters close to open forest or woodland. They are frequently found foraging on lawns

Their diet consists of pupae and larval insects, as well as a variety of adult insects including spiders, crustaceans and millipedes.

Monogamous, solitary. Nest built by one bird, probably female with material brought by mate. Platform built of sticks with central bowl of of thin twigs. Lined with grass, lichen, leaves, weeds and debris including string. Placed on fork of horizontal branch usually near or over water. Recently increased nesting in suburban parks, streets and gardens away from water. Clutch of one to five heavily streaked and blotched eggs.

Both sexes have a highly distinctive, and very loud, call - haa-haa-haa-de-dah (the origin of their name "Hadada"). They are most vocal in flight at dawn and dusk when moving to and from their overnight roost.

Search for photos of Hadada Ibis in the gallery