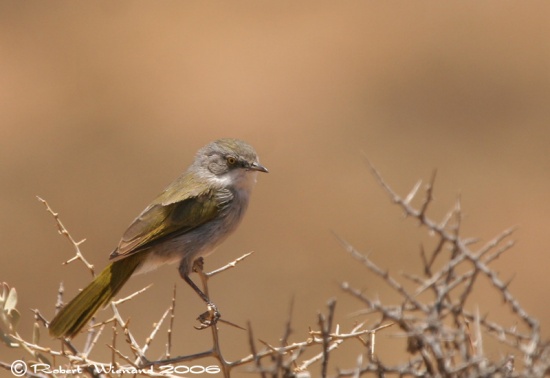 Usually in groups of up to 10 birds. They are difficult to see as they keep low as they move from bush to bush. They eat small invertebrates, mostly gleaned from branches and leaves of bushes.

Probably monogamous, but breed cooperatively. The nest is a cup of twigs, bark, lichen, grass and plant down; usually placed in a bush less than 40 cm above the ground. Two to four eggs are laid, usually August to October.

Search for photos of Karoo Eremomela in the gallery