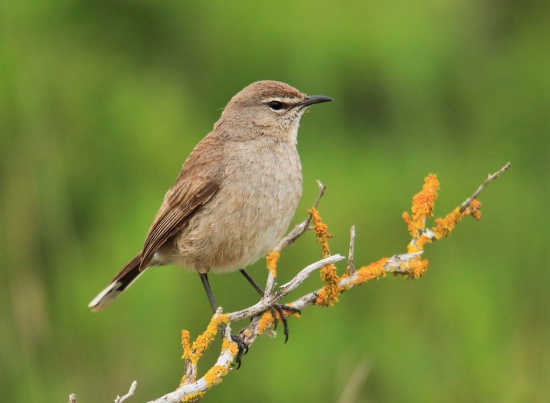 Monogamous and territorial; cooperative breeder. The nest is an open cup of twigs, lined with fine plant material and animal fur. Two to four eggs are laid July to December and incubated for about 14 days by the female. Rarely parasitised by Dideric Cuckoo.

Search for photos of Karoo Scrub Robin in the BirdForum Gallery