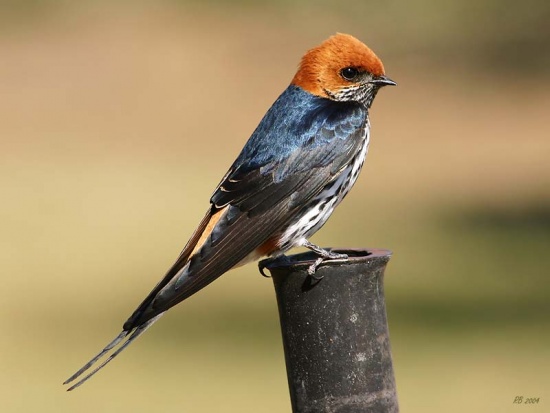 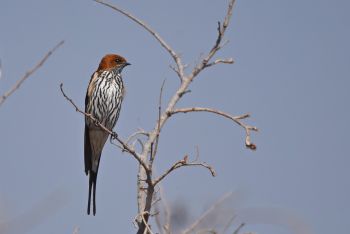 Juveniles are duller and browner, with less contrast and shorter outer tail feathers. 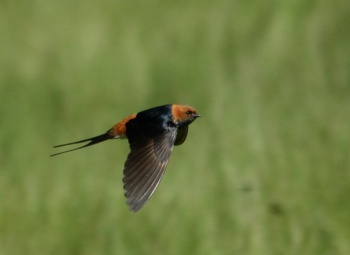 There are six subspecies

They construct a bowl-shaped mud nest with a tubular entrance which is lined with soft material. The nest may be placed in a cave, under a rock overhang or on a tree branch. The clutch contains 3 white, brown spotted eggs which are incubated by the female for 14-16 days. Both adults feed the chicks for 17-19 days till they fledge.

Search for photos of Lesser Striped Swallow in the gallery