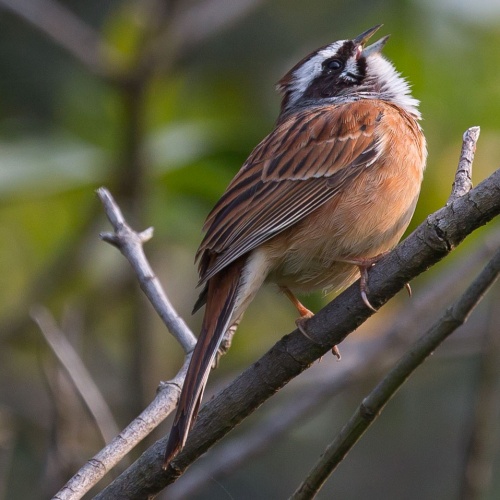 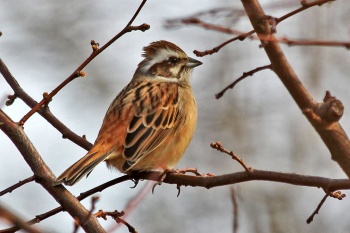 Females are similar but are duller and paler with a less well-defined head pattern.

They can be found in a variety of lightly wooded rolling hills and mountain foothills; woodland edges, rocky slopes. Riversides, rice paddies, reeds, weeds and thickets.

Their diet consists mostly of seeds from grass and weeds, with the addition of invertebrates (generally in the summer). They mostly feed on the ground.

Monogamous. The nest is a cup constructed from rootlets and grass. It is built entirely by the female and placed on or near the ground in low bushes. The clutch contains 3-5 eggs which are incubated for 11 days. The young birds fledge after another 11 days.

The song is a short, hurried phrase given from a prominent perch. The call is a series of up to four sharp notes.

Search for photos of Meadow Bunting in the gallery