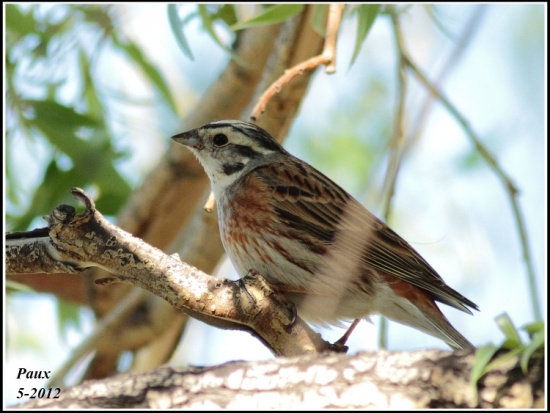 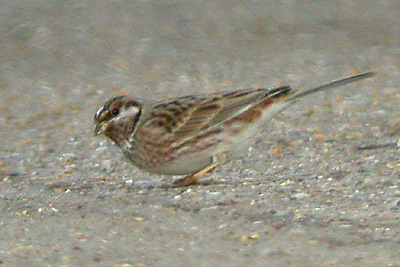 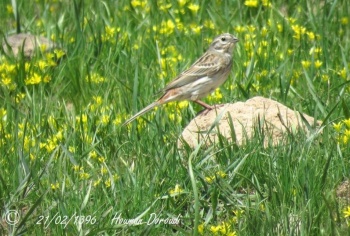 Female Yellowhammer usually has yellow tones, but on a few, these may be very faint and therefore difficult to separate. To identify female Pine Bunting (which should look more contrasting overall), look especially that

On both sexes, note that the rump is more brownish lacking the orange tone to the rufous that many Yellowhammer shows.

Asia: found from Siberia to north India and southern China.

Accidental vagrant to Alaska with 2 records.

During the breeding season, their diet consists mostly of insects and invertebrates such as grasshoppers, caterpillars and beetles, with seeds the remainder of the year.

The clutch consists of 4-6 eggs. The nest is a woven cup built by the female. There are usually two broods.

Search for photos of Pine Bunting in the gallery