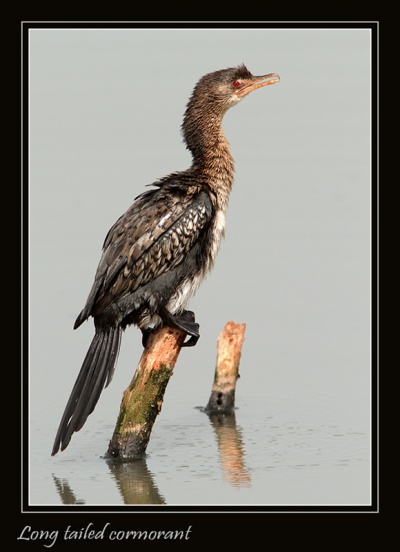 Photo by Scottishdude
The Gambia, March, 2010

50-55 cm length and an 85 cm wingspan.
Black, glossed green, in the breeding season. The wing coverts are silvery. It has a long tail, a short head crest and a red or yellow face patch. The bill is yellow.

Sexes are similar, but non-breeding adults and juveniles are browner. A gallery search demonstrates some variability in plumage, for example extent of white in the head. Some southern populations retain the crest all year round.

Africa south of the Sahara, and Madagascar. 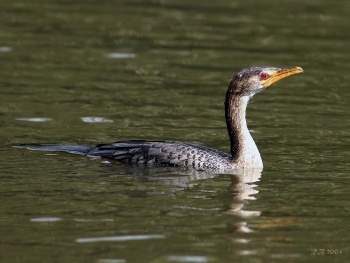 This species has previously been considered to include Crowned Cormorant as a subspecies.

It can dive to considerable depths, but usually feeds in shallow water. It frequently brings prey to the surface. A wide variety of fish are taken.

Search for photos of Long-tailed Cormorant in the gallery