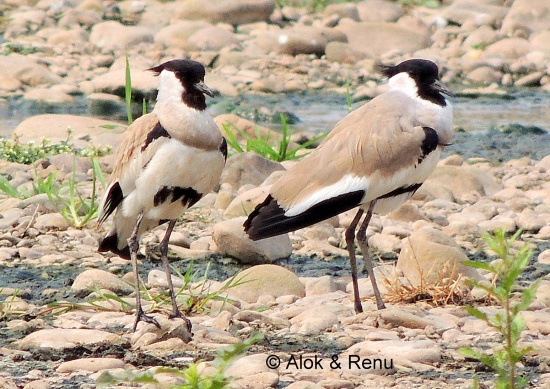 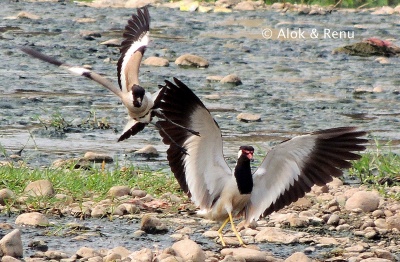 Asia found on the rivers of India and Nepal to southwestern China and Indochina. And North Thailand with stragglers as far south as Bangkok

Generally found on or near rivers with shingle and sand banks, wet grassland and farmland; and larger water bodies, such as reservoirs.

The nest is a shallow ground scrape. The clutch consists of 2 eggs.

Their diet consists of worms, crustaceans and molluscs. They may also include frogs and tadpoles.

Recording by Alok Tewari
Calls given by a nesting pair on perception of threat due to presence of other birds.
River Baddi, Himalayan Foothills, Himachal Pradesh, India, 10 June 2013.

Search for photos of River Lapwing in the gallery

Search for videos of River Lapwing on BirdForum TV