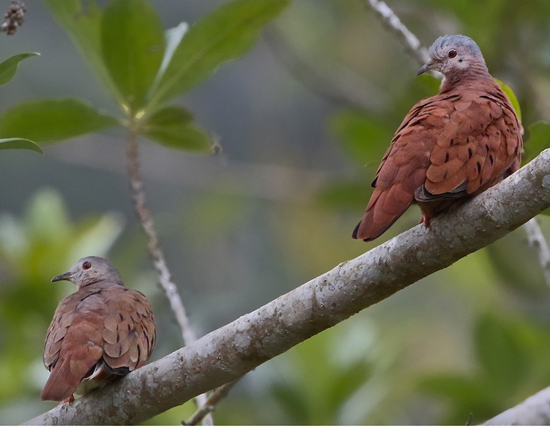 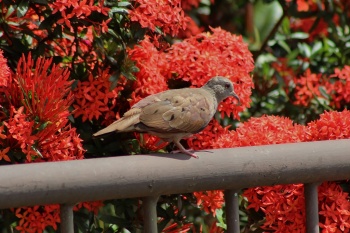 Female 14–18 cm (5½-7 in)
Greyish-brown (as opposed to the rufous colouring of the male); there is also less contrast between head and body.

Southern Mexico to Mar del Plata, Argentina, as well in some Caribbean Islands, including Trinidad and Tobago. 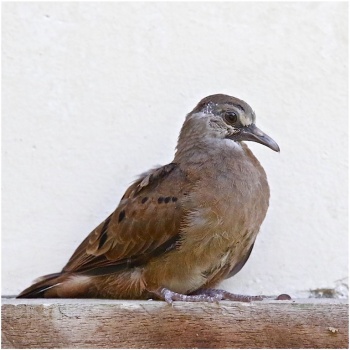 Scrub and open country, including cultivation.

Their main diet consists of seeds.

A cup-shaped nest is built in a tree. The clutch consists of 2 white eggs, which are incubated for 12-13 days. The chicks fledge after 12-14 days.

There may be two further broods.

Search for photos of Ruddy Ground Dove in the gallery