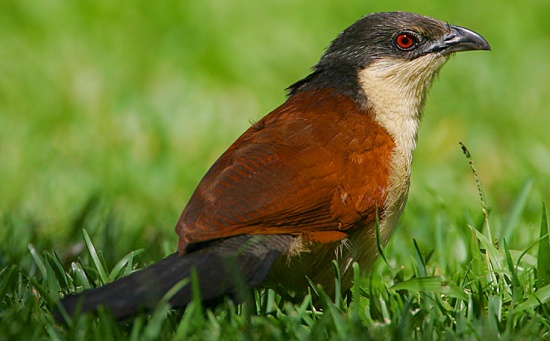 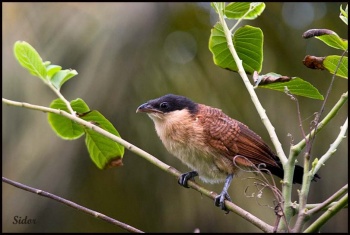 Juveniles are duller and barred above

There is a rarer dark phase of the bird, which some people believe to be a different species. The dark-phase bird is only found from Ghana to southern Nigeria. The two phases interbreed[3]. 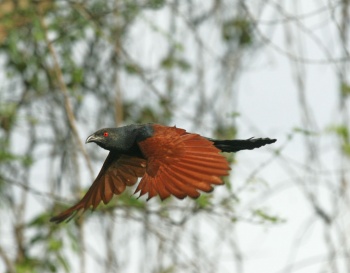 Active at dawn & again at dusk.

A bizarre skulking cuckoo relative which spends a large amount of time on the ground creeping through the undergrowth.

They are not brood parasites, building large untidy ball-shaped nests of stalks and leaves in vegetation. The clutch consists of 2-4 eggs.

Though their reproductive strategy is poorly understood it may involve juvenile helpers and possibly polygamy.

This bird's call is a classical west African sound resembling water glugging out of a bottle (hence the alternative name of Bottle-bird) - a kind of sonorous low pitched who-who-who-who-who noise.

Search for photos of Senegal Coucal in the gallery