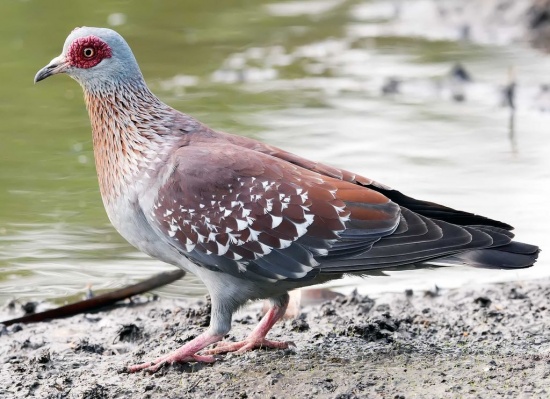 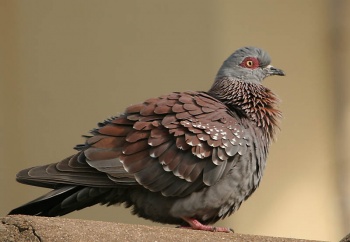 It feeds mainly on seeds along with newly germinated shoots, grain and groundnuts.

Their traditional breeding/roosting sites were cliff ledges but they have recently taken to breeding in buildings. This has helped the species increase in number and range. It builds a large stick nest in a tree or on a building, laying 2 white eggs.

Search for photos of Speckled Pigeon in the gallery