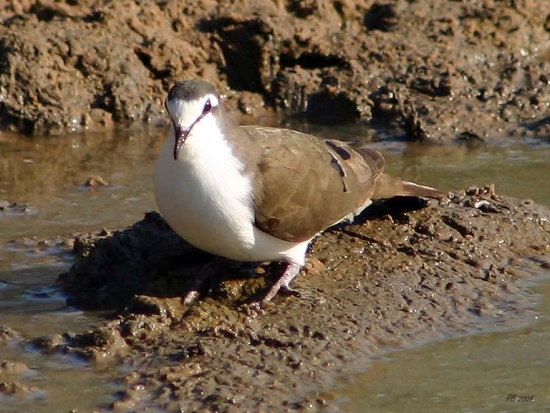 The female - duller, white belly, pale grey brown face, breast and crown. The juvenile resembles the female but has chestnut fringes to the feathers of the back, breast and flanks.

It builds a stick nest low in a thicket. 2 cream-coloured eggs are laid and incubated by both sexes, although mainly by the female, for 13 days; 13-14 days later the young fledge. The chicks are fed regurgitated food.

Search for photos of Tambourine Dove in the gallery