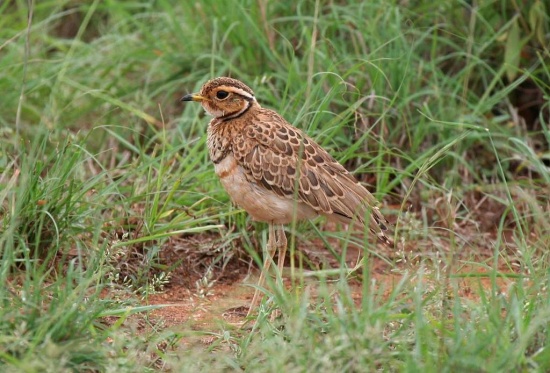 Because of its primarily nocturnal habits, the Three-banded, or Heuglin's Courser is infrequently seen in daylight, and its finely mottled plumage makes it even harder to spot at rest. Like other Coursers, they emerge at dusk to feed on insects. In response to danger, they often freeze and lie flat or, if forced, fly a short distance and then run to cover.

Search for photos of Three-banded Courser in the gallery