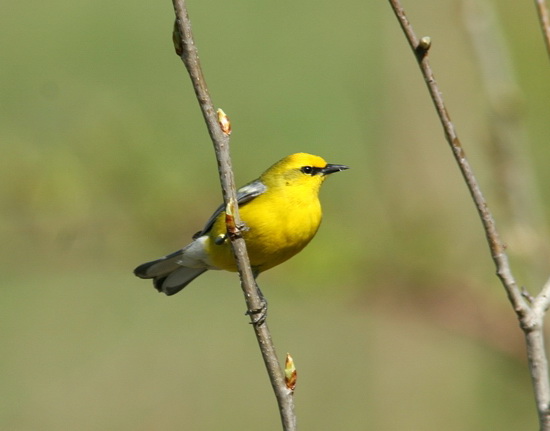 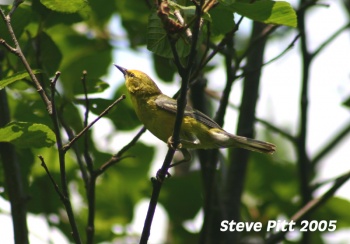 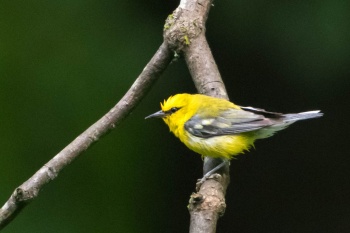 Rare vagrant in the west, mostly to Colorado and California.

The scientific name is being changed to Vermivora cyanoptera[2].

They build a cup shaped nest on the ground or low in a bush. The clutch consists of 4-7 eggs.

The diet includes insects, and spiders.

Song a rather harsh, buzzy beeee-BZZZZZ like a deep sigh.

Search for photos of Blue-winged Warbler in the BirdForum Gallery