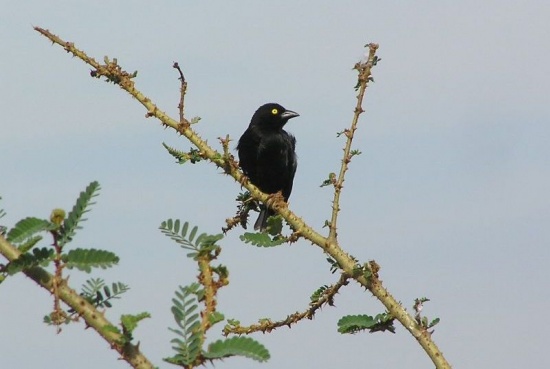 Adult male: A black weaver with a pale yellow eye (in eastern and central Africa). In western Africa, has a chestnut-brown back, rump and belly. Maxwell's Black Weaver has a pale grey eye, is slightly smaller, and is found in the forest canopy. 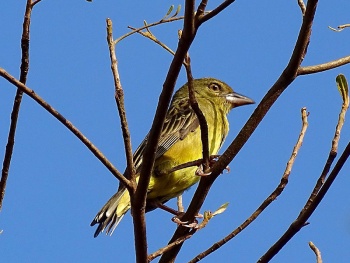 Their diet consists mostly of insects such as grasshoppers, flying ants, termites, caterpillars and butterflies.

They breed in colonies, often with Village Weaver.

Search for photos of Vieillot's Weaver in the gallery