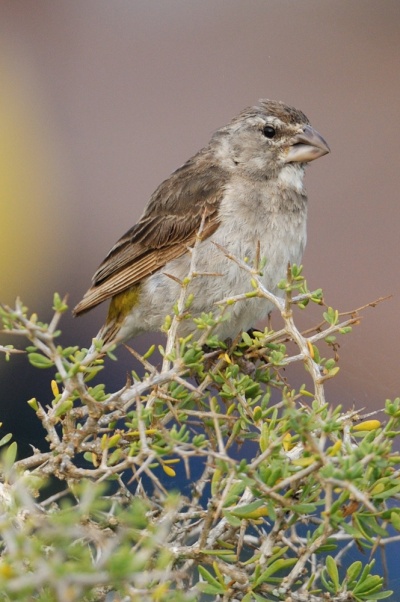 A large, pale canary without streaked plumage. It has a white throat and greenish-yellow rump.

From Lesotho to the southern and western coasts of South Africa, Namibia and south-western Angola. 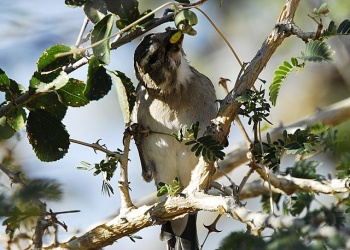 An additional subspecies hewitti is not generally recognised as being too similar to C. a. sordahlae.2

Their diet consists mostly of seeds, berries and buds, especially euphorbia and sunflowers.

Search for photos of White-throated Canary in the gallery