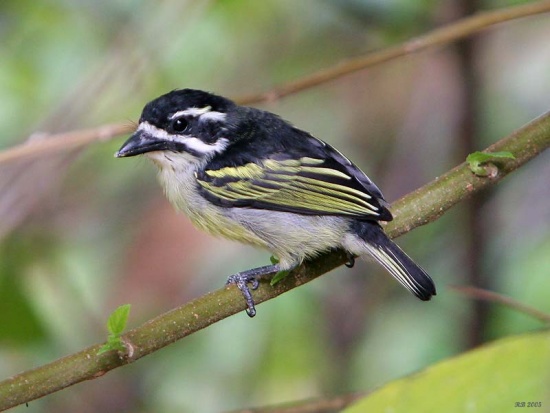 Adult: Plain black crown and back. A white stripe extends backwards from the eye, and another from the base of the bill, through the lores to the sides of the neck. Rump yellow and upper tail coverts black. Chin, throat and flanks white to greyish white, chest and belly pale olive-yellow. 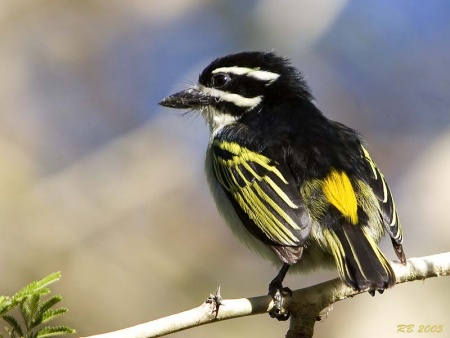 There are six subspecies[1]:

Search for photos of Yellow-rumped Tinkerbird in the gallery