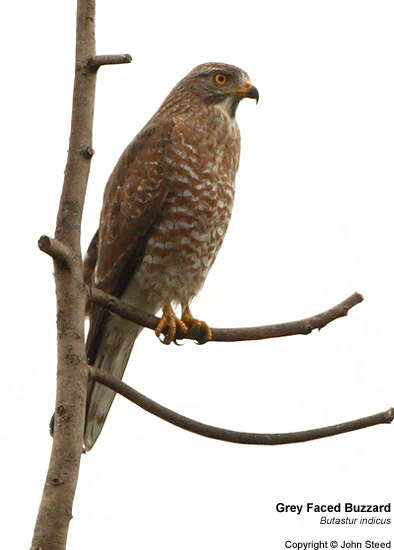 Eastern Asia.
Breeds in the Russian Far East in Ussuriland and Amurland, in north-eastern China from Heilungkiang to south-east Liaoning and Hopeh, Korea and in Japan from Honshu to Kyushu.

Winters in eastern and southern China south to Malaysia, the Philippines and Indonesia, common in northern Borneo and Sumatra but rare on Java. 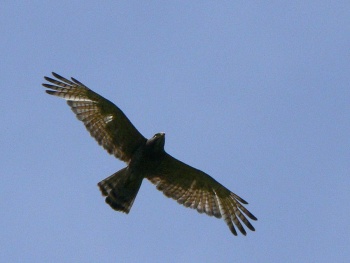 Open woodland and scrub up to 1,500m. Often occurs near rivers and paddyfields on passage

They often hunt from a high perch. Their main diet consists of frogs, lizards, snakes, rodents, insects and possibly birds.

Search for photos of Grey-faced Buzzard in the gallery