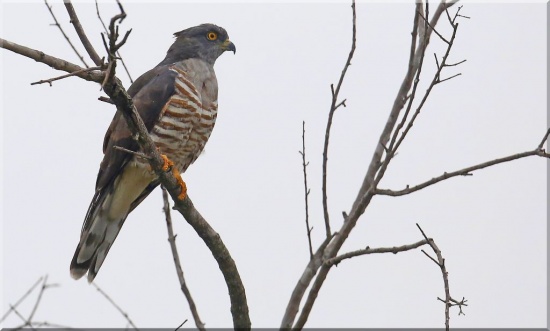 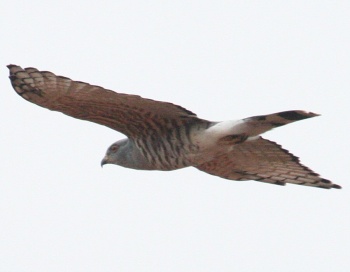 Sub-Saharan Africa. Breeds from Gambia and southern Senegal east to south-east Sudan, south-west Ethiopia and southern Kenya and south to southern Angola in the west and eastern South Africa in the east.

Mainly resident but a partial-migrant in the east and south. In coastal East Africa occurs mainly June-December.

Birds from north-east Zaire are sometimes separated as A. c. emini[2].

Forest, woodland and secondary-growth, usually stays within dense cover except in display flight above forest.

Nesting takes place from September to February. Both adults build the platform nest of leafy twigs. The two chalky-white eggs have reddish-brown blotches and are incubated by both sexes or just the female, for 32-33 days. The young are fed by both parents and fledge after about a month.

Search for photos of African Cuckoo-Hawk in the gallery