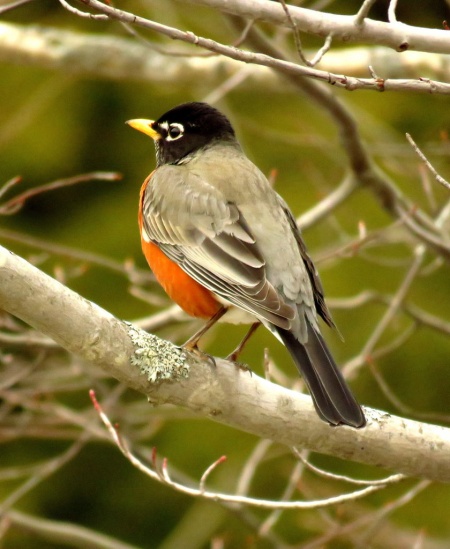 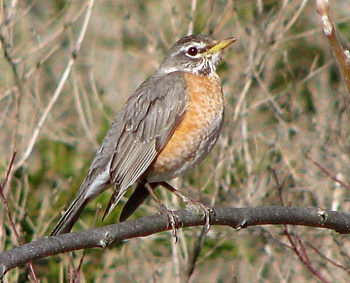 None in most of North America; in the mountains of Mexico Rufous-backed Thrush is similar, but readily distinguished by its back as well as breast being rufous-orange, and its lack of the white eye crescents.

The subspecies vary in intensity of color, with T. m. nigrideus the darkest and T. m. confinis the palest, and also slightly in size, with T. m. caurinus marginally the smallest. 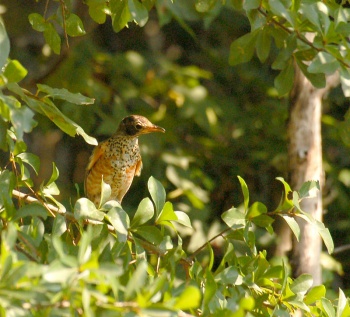 Most of North America.
Breeds over most of Canada, the United States, and Mexico; in the east as far as Labrador and Newfoundland, in the south to northern Florida, central Texas and southern California, with disjunct populations in the mountains of Mexico south to Chiapas; in the north absent from only the Arctic tundra in northernmost Canada and Alaska. Northern birds are migratory leaving breeding areas in September-October and eastern birds winter from Newfoundland southwards, returning late March-mid May.
Winters in southernmost Canada (southwest British Columbia and southernmost Ontario), throughout the United States except the nothern parts of the Great Plains states and northern New England, and throughout Mexico. The northern boundary of wintering is variable depending on the size of fruit crops, with birds remaining further north (even as far north as the Anchorage area of Alaska) in years with good berry crops.
Vagrant in the Western Palearctic, recorded in Iceland (four records) and the British Isles, France and Belgium, Germany, Denmark, Norway, Sweden, Czechoslovakia and Austria, also recently in Spain. Most frequently seen in Britain and Ireland (>30), mostly September-February with occasional records April-June. The records are scattered from Shetland to Scilly but there is a distinct bias towards the Northen Isles and the south-west. 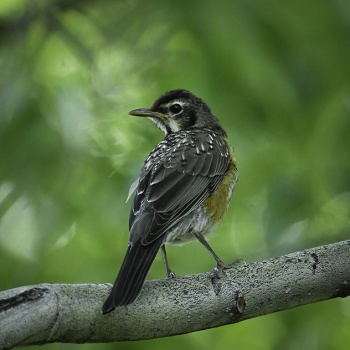 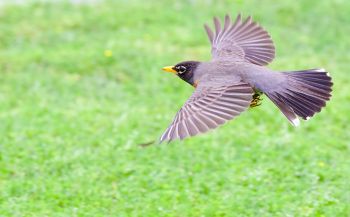 Open woodland and clearings in forest, farmland with copses and hedgerows, often in lowlands and frequently near water. In many areas has become an urban bird breeding in town parks and gardens.

Consists of about 40 percent invertebrates, such as beetle grubs, caterpillars and grasshoppers, and 60 percent fruit and berries (both wild and cultivated). Frequently seen running across lawns, running and stopping with an stiff erect posture, then stopping to pick up prey, which it locates by sight, not hearing. 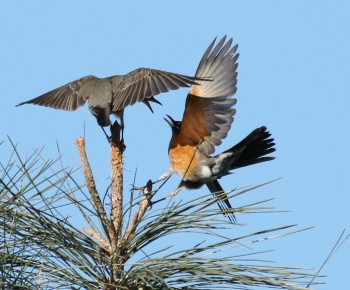 The female builds the nest and lays three or four blue eggs in the lined cup. The female does most of the incubation and it takes around a month for the chicks to fledge. There is often a second brood, the male caring for the fledglings whilst the female incubates the new clutch.

Bird banders have found that only about 25% of young birds survive the first year.

Search for photos of American Robin in the gallery

Search for videos of American Robin on BirdForum TV