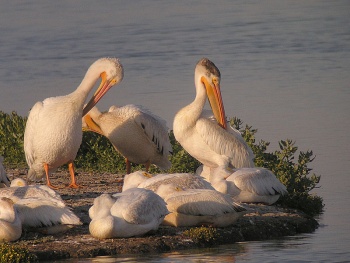 Breeds from interior British Columbia and Mackenzie south to northern California, Utah, and Manitoba; also along Texas Gulf Coast. Winters from central California, Gulf Coast, and Florida south to Panama.
Annual vagrant to most states in the northeast and along the east coast. 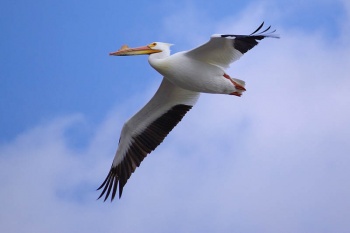 They work cooperatively in small groups, herding fish into shallow water and then scooping them up in their gigantic pouches.

They lay 1-6 (most often 2) whitish eggs on a low mound of earth and debris on a marshy island; occasionally on rocky islands in desert lakes. Nests in colonies.
The plate-like growth(s) on the upper mandible are shed after the eggs are laid.

They are mostly silent but will make croaking noises on the breeding grounds.

Regular North–South migration; all migration over land, at times over deserts or mountains. 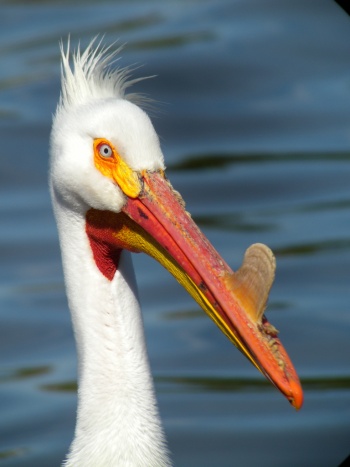 Search for photos of American White Pelican in the BirdForum Gallery

Search for videos of American White Pelican on BirdForum TV