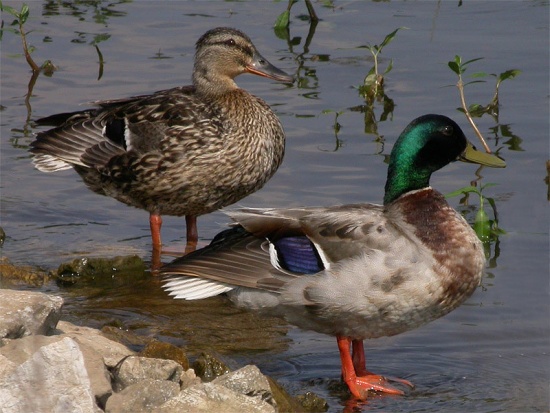 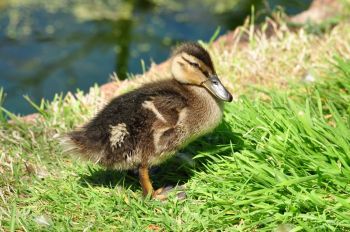 Has been domesticated and many unusual Mallards are either escaped domestics or hybrids with such birds. 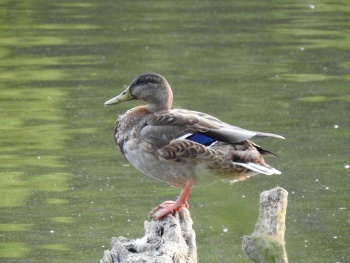 The most abundant and widespread duck in the region breeding throughout Europe from Iceland and northern Scandinavia south to the Mediterranean, on some Mediterranean islands and throughout Turkey. Rare and local breeder in North-West Africa and Cyprus.
Resident or partial migrant in Iceland, the British Isles and Continental Europe from Spain east to the Baltic States and south to Greece and Turkey. Summer visitor to much of Scandinavia and Russia.
Vagrant north to Svalbard and south to the Azores where has bred.
Also in North America, breeding in the USA and Canada, wintering to Mexico and the Carribean. 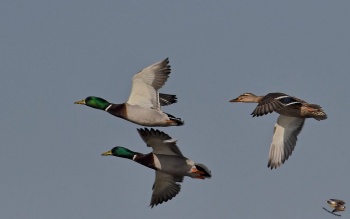 This is a polytypic species[1] consisting of 2 subspecies. 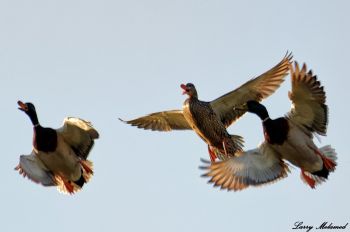 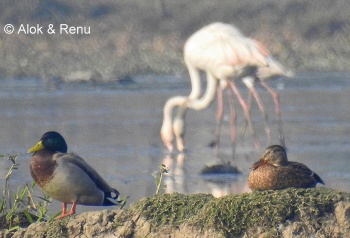 Virtually any kind of freshwater from small ponds on farms and in town parks up to the largest reservoirs, and also swamps and marshes.

In winter especially, also on estuaries and sometimes on sheltered seas.

Diet includes insects, seed, roots, grain either whilst dabbling or on land.

Nest is a bowl of grass lined with feathers and down, usually on the ground close to water and concealed among vegetation. Clutch of usually 9–13 grey-green or bluish eggs (4–18 max) are laid at one-day intervals.

Search for photos of Mallard in the gallery