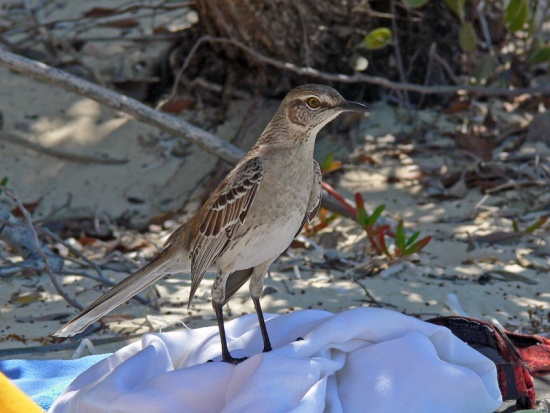 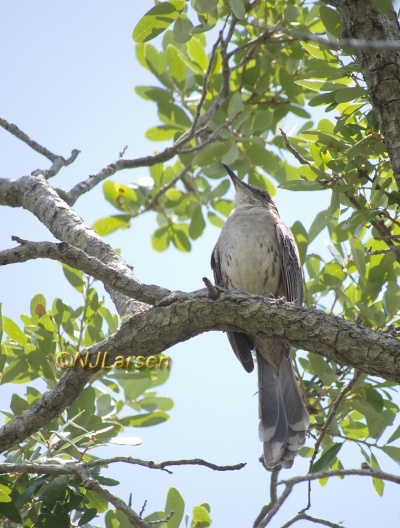 Notice the pattern on the underside of the tail
Photo by njlarsen
Hugh Taylor Birch SP, Fort Lauderdale, Florida, USA, May 18, 2016

Northern Mockingbird is slightly smaller with shorter tail, has stronger whitish wingbars and a white spot at base of primaries, more bluish-grey upperside, and is less strongly marked in malar area. It lacks stripes on flanks; juveniles (but not adult) have spots on breast. Northern Mockingbird's white outer tail feathers (visible in flight as well as from underside on the resting bird) and the white areas on the wing (only visible in flight) are both very different from Bahama Mockingbird. 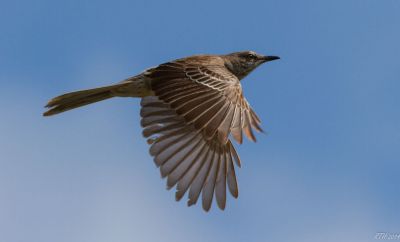 Occurs as a vagrant to Florida

Somewhat secretive in its behavior.

Nest is cup-shaped and usually placed in a bush. Breeds February to June.

Search for photos of Bahama Mockingbird in the gallery