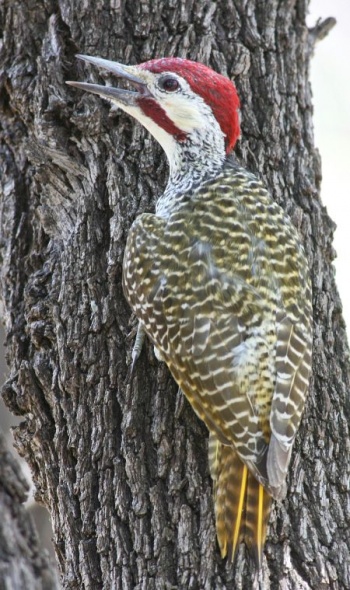 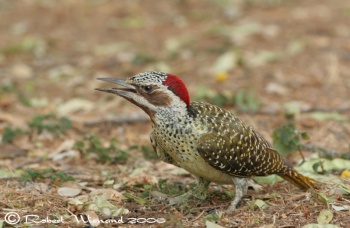 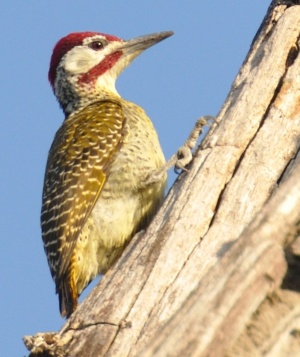 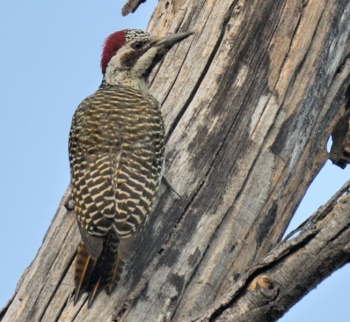 Monogamous and territorial. Nests in holes in trees, often using those excavated by other Woodpeckers. Two to six eggs are laid August-February.

Search for photos of Bennett's Woodpecker in the gallery