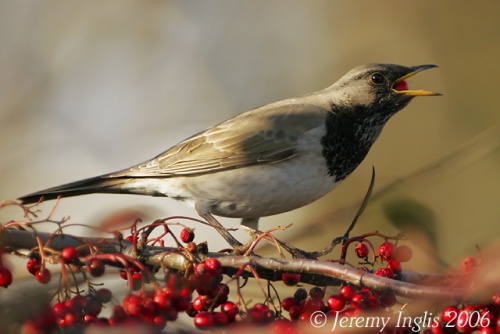 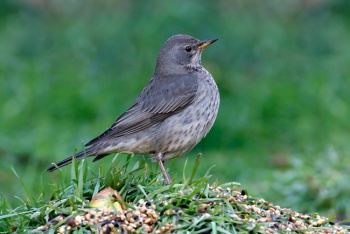 Breeds in Russia from just west of the Urals to eastern Siberia, winters to Caucasus, India and China. Vagrants to most of the Western Palearctic, mainly in winter. 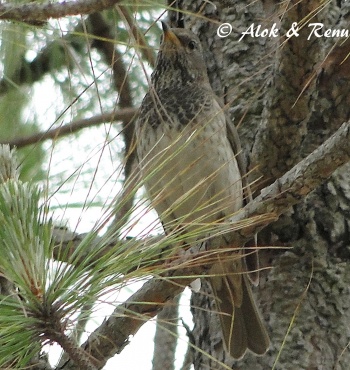 It has until recently been treated as a subspecies under Red-throated Thrush Turdus ruficollis.

Mixed and coniferous forests for breeding, more open areas in winter including in gardens.

Their main diet consists of insects, such as grasshoppers, beetles, caterpillars, earthworms and snails. They also eat some berries.

They will eat apples on the ground when occurring as vagrant in western Europe.

They construct a cup nest from grass stems. They raise just the one brood each year.

Search for photos of Black-throated Thrush in the BirdForum Gallery

Search for videos of Black-throated Thrush on BirdForum TV