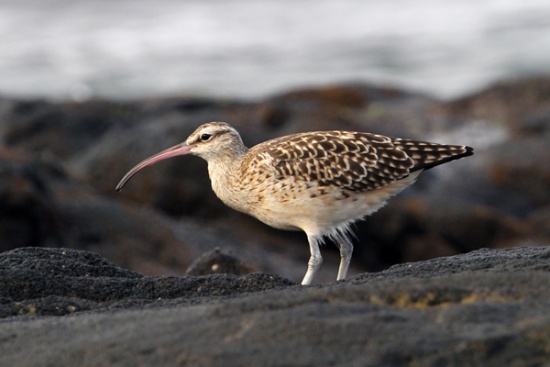 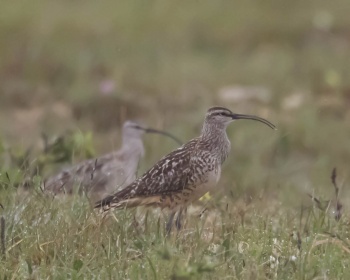 In the breeding ground
Photo by peterday
Nome, Alaska, June-2017

Very similar in size and shape to Whimbrel but pale unbarred rump and voice are distinctive.

Breeds on the lower Yukon River and the Seward Peninsula in western Alaska.

Accidental vagrant along the pacific coast of Canada and the United States, and in Japan, New Zealand, and the Philippines. 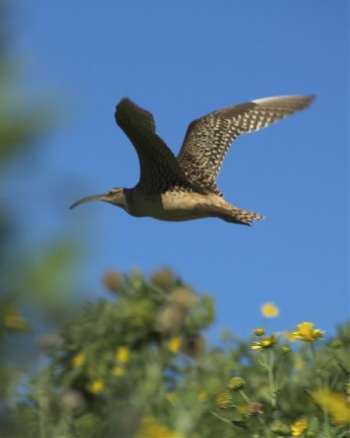 The diet includes insects, flowers and berries, and other birds' eggs.

They nest in ground depressions, lined with tundra moss. The clutch of 4 greenish brown spotted eggs are incubated for 25 days; both parents caring for the young. The adults migrate southwards when the chicks are about 5 weeks old, the chicks leaving later.

Search for photos of Bristle-thighed Curlew in the BirdForum Gallery