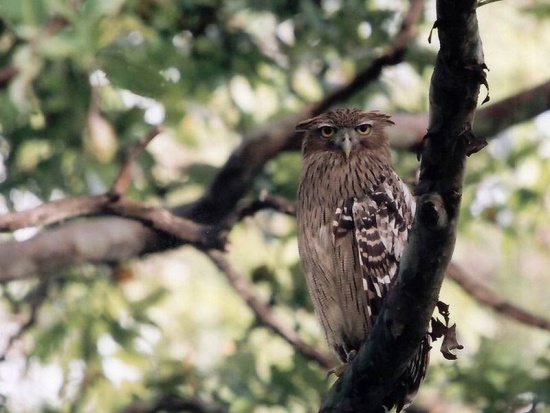 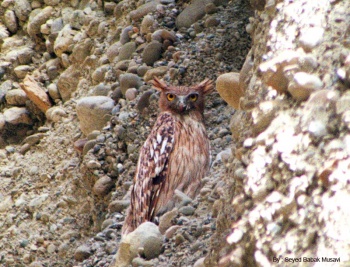 Widespread from Pakistan and India east to China and south to Malaysia.

Extremely rare in the Western Palearctic. A small populaton was recently rediscovered in the Taurus Mountains of southern Turkey. May still occur in Jordan in the Yarmuk and northern Jordan Valleys but probably now extinct in the Golan Heights of Syria where not recorded in recent years. Formerly bred in northern Israel and also recorded in southern Iraq. 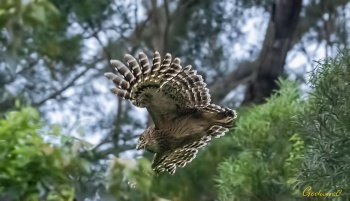 A recent study suggests that K. z. semenowi should be studied further because it may be a full species[3].

Lakes, rivers and streams with tree-lined margins, wadis with shrubs in the Golan Heights. 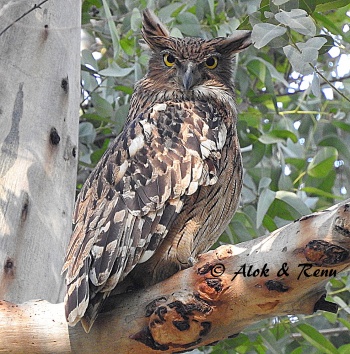 They use old nests made from sticks, or they nest on ledges. The 1 or 2 eggs are incubated for 38 days; the young fledge after about 7 weeks.

Search for photos of Brown Fish Owl in the BirdForum Gallery