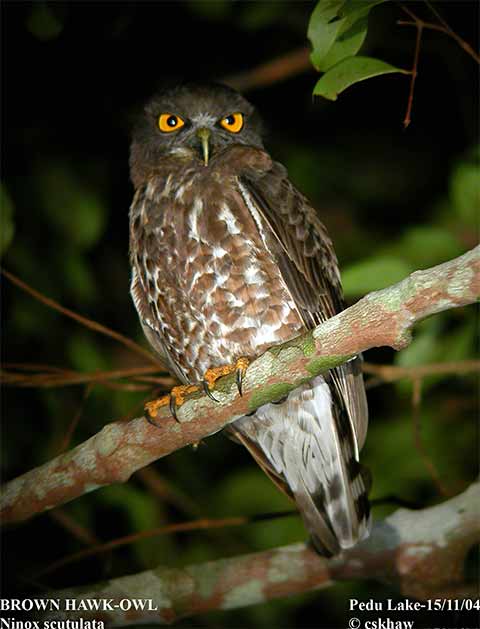 27 - 33cm (10½-13 in); A medium sized owl which resembles a hawk with its long tail and wings.
Face dark with a small white patch between the yellow eyes. Plumage dark brown, barred tail, buffish-white to uniform dark belly, according to subspecies.
Sexes similar, but male smaller than female.

Told from other Ninox Owls by lack of white spots on back and dark head.

A record of a dead bird in Australia.

Northern Boobook, Chocolate Boobook and Hume's Hawk-Owl were formerly included in this species.

This is a polytypic species consisting of 9 subspecies[1]

Nocturnal. Roosts by day singly or in pairs in thick canopy.

Search for photos of Brown Boobook in the BirdForum Gallery