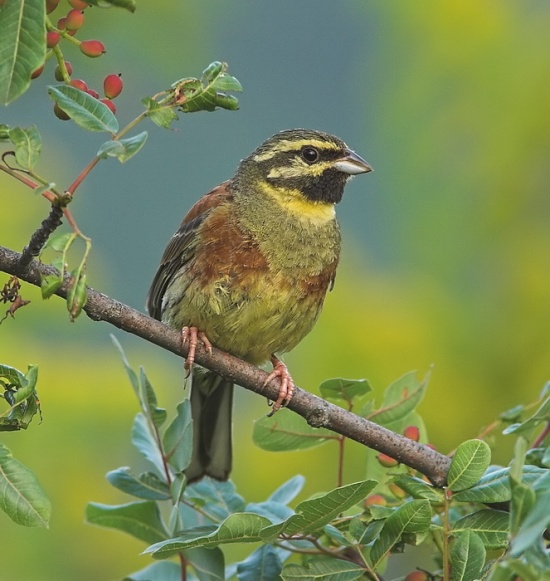 15-16.5cm (6-6½ in)
Male Cirl Buntings have diagnostic black and yellow faces.
The females show hints of this same black and yellow pattern including obvious broad dark lines behind and below the eye. 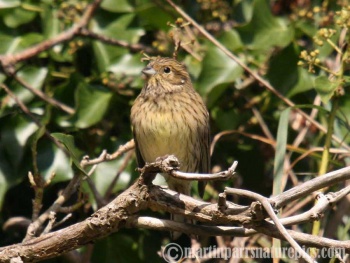 Common in the south-west of the Western Palearctic, breeds from Iberia and Morocco north to most of France, the extreme south of England (southern Devon) and south-west Germany, and east to southern Romania and north-east Turkey. It is resident throughout its range, with no migratory populations.

Extralimital records are rare, with only a handful of records north to Scotland, the Netherlands, Denmark, Poland and the Ukraine, and south to the Canary Islands and Egypt. 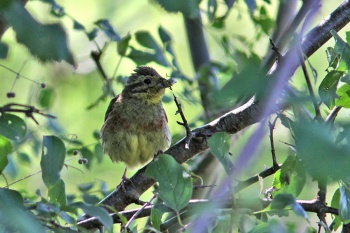 Flocks with other seed-eaters, especially Yellowhammers.

Hops. A rather bounding flight.

Their diet consists mostly of seeds from herbs and grass for most of the year, with insects added during the breeding season. 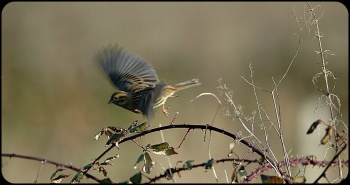 The nest is placed in a hedge or bush, and the eggs are incubated for 14 days. There can be 2 or 3 broods.

Search for photos of Cirl Bunting in the gallery

Search for videos of Cirl Bunting on BirdForum TV