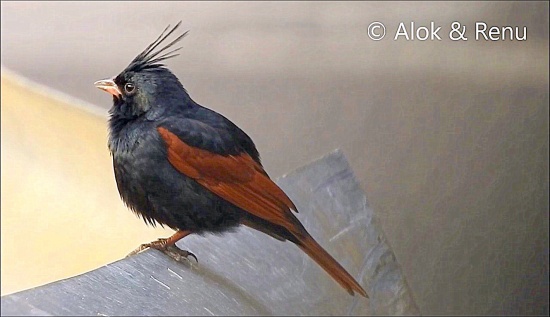 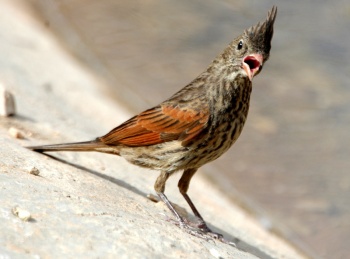 Some authorities include this species in Emberiza. 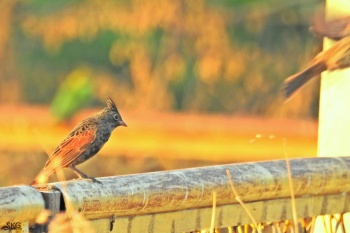 Their diet consists mainly of grass and weed seeds, including spilt grain. They have also been seen flycatching.


Malli Mirai, Dwarahat, Alt. 4300 ft., Dist. Almora, Uttarakhand Himalayas, India, April-2017
Male singing close to Sunset time. There was another male in the vicinity, as well, and they were engaged in territorial activity.

Search for photos of Crested Bunting in the BirdForum Gallery

Search for videos of Crested Bunting on BirdForum TV