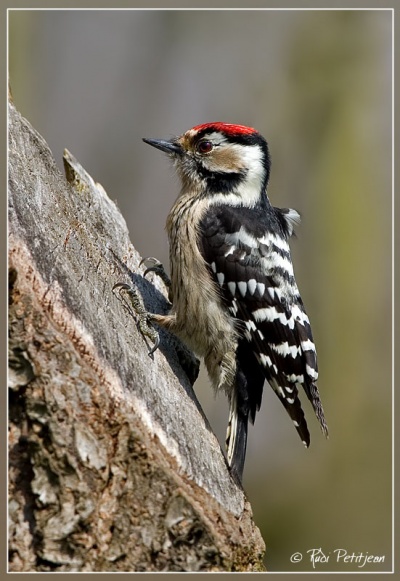 About eleven races are recognised differing slightly in size and colour. Generally, birds with longer bills and wings and whiter plumage occur in the north and smaller birds with buffier underparts are found in the south but much intergradation occurs and there are few distinct boundaries between races. 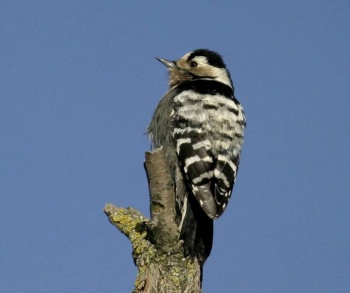 Lesser Spotted is very much smaller than Great or Middle Spotted Woodpecker and has no red on the body.

A widespread breeding bird from southern Britain, France and northern Spain east across Eurasia to the northern China, Sakhalin and northern Japan. To the north breeds over most of Fenno-Scandia and across Russia except the extreme north. Range extends south to the Pyrenees, southern Italy and Greece and also breeds in western and northern Turkey and the Caucasus. More isolated populations breed in scattered parts of central and southern Iberia, the Azores and northern Algeria. May breed on Sardinia but status unclear, former breeder on Sicily.

Resident but may be nomadic and sometimes eruptive in the north and east. Breeding range has contracted in some areas and especially scarce in Iberia and North Africa.

Vagrants recorded on the Balearic Islands and Corsica. 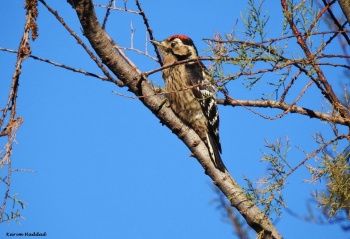 Feeds high in branches rather than on the trunk of the tree and can be very difficult to locate. The best time to look for this species is in early spring when the birds are calling and there are few leaves on the trees.

They mainly eat insects gleaned from the bark of trees; in the summer mostly caterpillars, aphids and beetles. Will visit feeders for peanuts.

Search for photos of Lesser Spotted Woodpecker in the gallery

Search for photos of Lesser Spotted Woodpecker in the gallery