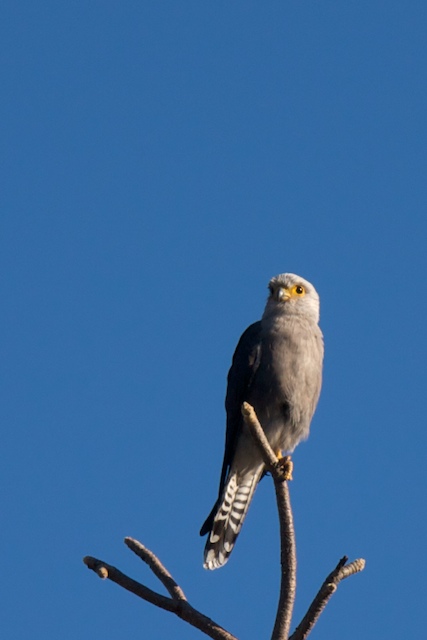 Female larger than the male Juvenile 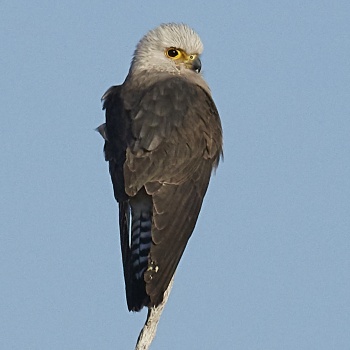 Often nests in a scrape in Borassus palms. The 1-4 cream eggs, have reddish-brown markings and are incubated by the female for 30 days; the young fledge about 33-35 days later.

Search for photos of Dickinson's Kestrel in the gallery