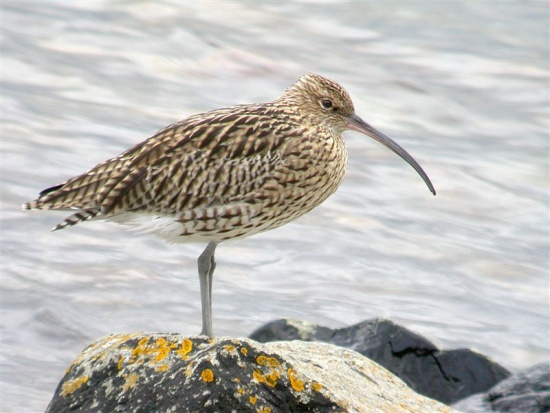 A widespread and generally common bird in the Western Palearctic. Breeds in the British Isles (except east and south-east England), discontinuously from France east to Poland, throughout coastal and lowland Scandinavia, the Baltic States and across Russia between about 48 and 64 degrees N. Southern limits are the Pyrenees, Alps and the Black Sea. 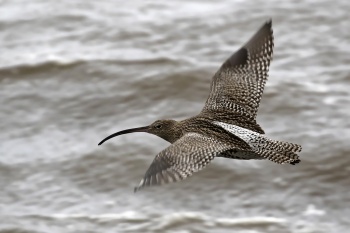 In winter found in southern Iceland, throughout the British Isles and much of western and southern Europe, Turkey and North Africa. Has bred in Spain and occasionally does so elsewhere out of main range including very small numbers in Italy. 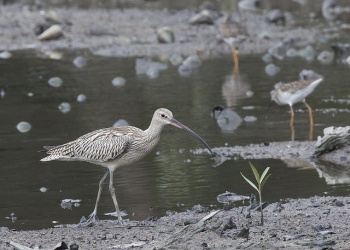 Breeds in wet grassland and meadows, drier parts of marshes, farmland, heaths and moorland. In winter mainly coastal, on estuaries and sandy shores, saltmarshes, on coastal grasslands and to a lesser extent, on inland wetlands.

Their nest is a bare scrape. The 3-6 eggs are incubated for about a month.

They are monogamous and territorial.

Search for photos of Eurasian Curlew in the gallery

Search the Gallery for videos

Search for photos of Eurasian Curlew in the gallery