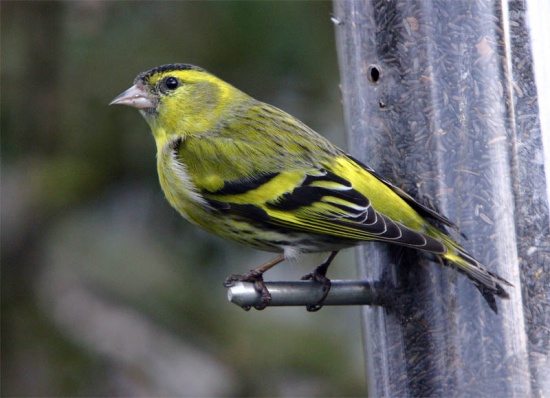 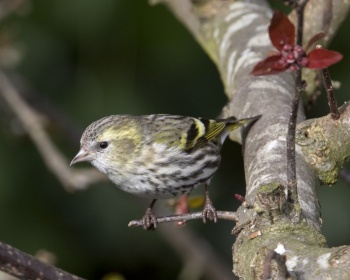 Breeds in the northern Palearctic from the UK to Siberia.
Winters in the Mediterranean region and China.
British Isles: resident, breeding in most of the Scottish highlands and in Ireland. Also found locally in England and Wales. 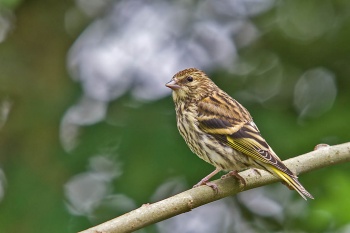 Breeds mostly in coniferous woods, but may also be found in gardens with conifer trees. In winter may be found feeding in birches and alders.

Gregarious, particularly in the winter and often seen in mixed flocks of Goldfinches and Redpolls.

Bounding flight. Also a circular display flight, which is rather bat-like. Hops on the ground.

They mostly feed on the seeds of conifers, alders and birch and will also eat insects. 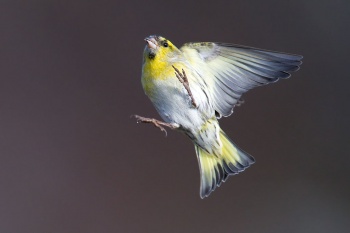 The 4-5 light greenish-blue eggs have reddish-brown spots and streaks. They are laid in April or May and there may be a second clutch. The nest is formed from dead twigs, roots, moss and heather.

Search for photos of Eurasian Siskin in the BirdForum Gallery

Search for videos of Eurasian Siskin on BirdForum TV