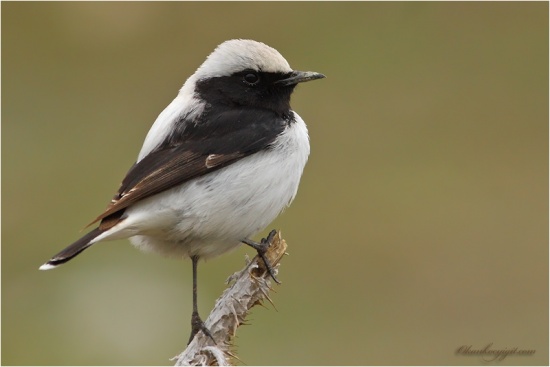 Mourning Wheatear has a black upper back, less sexual dimorphism (females much as males), and is marginally larger and longer-billed, but otherwise similar. 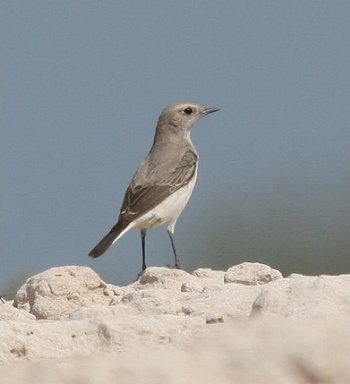 Outside Asia, small numbers reach Europe in the eastern islands of the Aegean in Greece, and Africa in northern Egypt in winter.

A vagrant in Bulgaria, India, Qatar.

Western and southern half of the range, from Turkey to southwestern Iran; winters to Israel, northern Arabia, Cyprus and Egypt

Northeastern half of the range, from northeastern Turkey to eastern Caucasus, northern Iran, Afghanistan and northwestern Pakistan. Slightly longer-billed and longer-winged than nominate subspecies, increasing similarity to Mourning Wheatear.

Breeds on barren rocky mountainsides, mostly at 700-2200 m altitude, often in ravines; in winter in hills and plains with or without scattered shrubs.

A shy bird, it will not tolerate the presence of other wheatears in the breeding area.

The nest is usually in a crevice between rocks.

The diet consists mostly of insects, but some plant material is consumed.

Search for photos of Finsch's Wheatear in the gallery