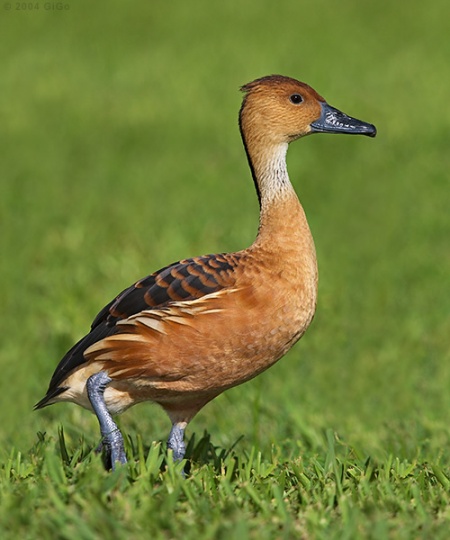 The name "fulvous" refers to its tawny color.

Adult with ducklings
Photo © by vijay4birds
Chennai, Tamilnadu, India, May 2016

Resident in southern California, coastal Texas and Louisiana, and southern Florida. Although Fulvous Whistling-Ducks in North America breed only in California, Texas, Louisiana, and Florida, they sometimes wander. Small flocks have turned up as far away as British Columbia and Nova Scotia.

This species was formerly known as the "Fulvous Tree Duck." 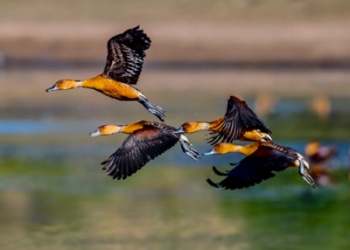 These long-legged ducks do most of their feeding on land, eating green grass, seeds, and acorns.

The 12-15 buff-white eggs are laid in a shallow cup of grass or a well-woven basket of reeds in a marsh. Sometimes several females lay in the same nest.

Search for photos of Fulvous Whistling Duck in the BirdForum Gallery