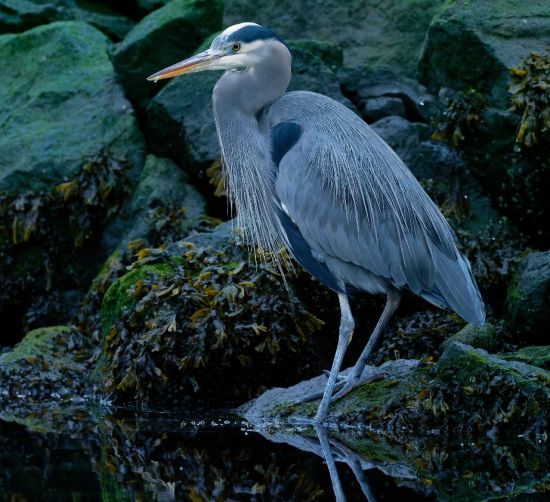 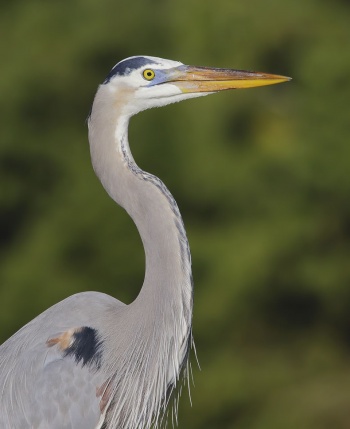 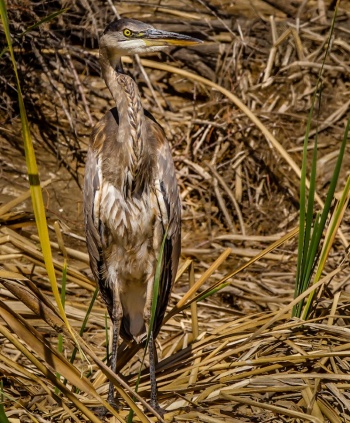 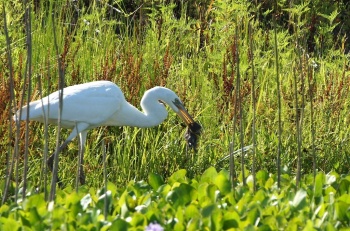 There is also an all white version of the Great Blue Heron, the "Great White" Heron. The great white heron was originally described as a distinct species, but is currently considered to be the white morph of Great Blue Heron. The "Great White" differs from the the Great Blue in bill morphology, head plume length, and in having a total lack of pigment in its plumage. The form is found nearly exclusively in marine waters along the coast of S. Florida. It can be seen in other regions of Florida and the Caribbean although not common. It has yellow legs, a yellow bill and white feathers.

Where the dark and white forms overlap in Florida, intermediate birds known as "Wurdemann's Herons" can be found. It is very rare and confined to extreme southern Florida and the Florida Keys. The birds white head and blue blody form resembles a Great Blue Heron (Florida race) with a white upper neck and head and it lacks the black plumes of the nominate race.

The risk of misidentification is greatest for the "Great White Heron" type, and here are some pointers for each of a number of possible mistakes: 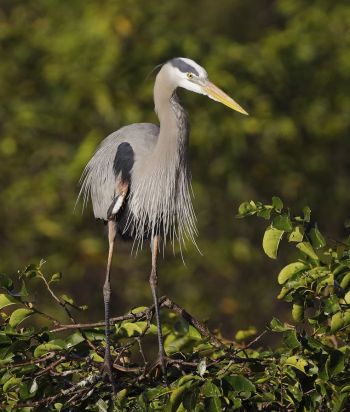 It is found throughout most of North America, including Alaska, Quebec and Nova Scotia. The range extends south through Florida, Mexico and the Caribbean to South America.
Very rare vagrant to the Azores and United Kingdom.


Migrates in the fall, although some stay in the northern part of their range. 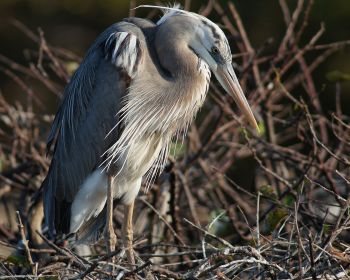 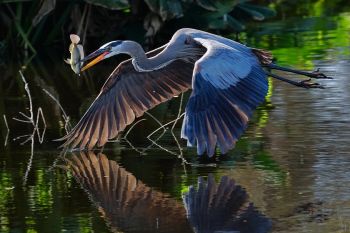 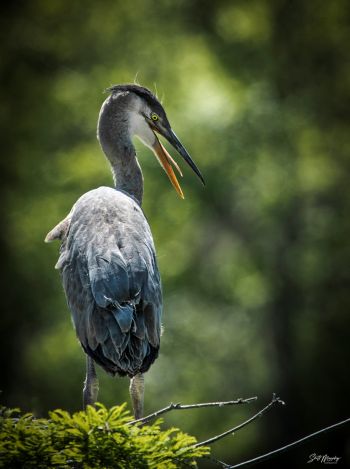 Margins of lakes and slow-flowing rivers, swamps and marshes, frequently on sea-coasts, in estuaries and mangroves. 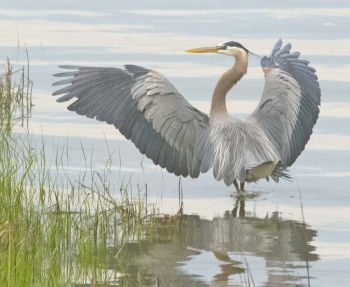 Usually tucks its head into an S-shape when it is resting and flying.

Their main diet consists of fish.

Colonial. Nest usually in a tree built primary from sticks, but when nesting on the ground can also use other materials such as Salt Grass. Clutch is usually two to three pale blue eggs.

Common call is a rapid squawk given day and night when alarmed or when being aggressive.