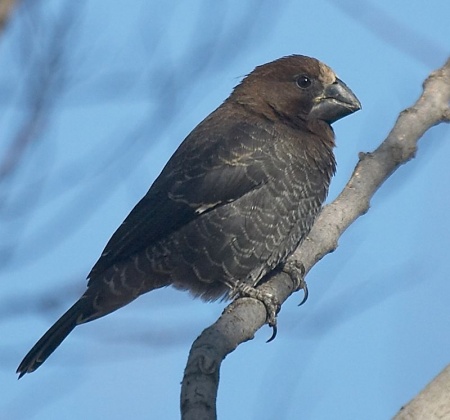 18 cm (7 in); a large weaver with overall dark plumage and a heavy bill

Most of Africa south of Sahara. 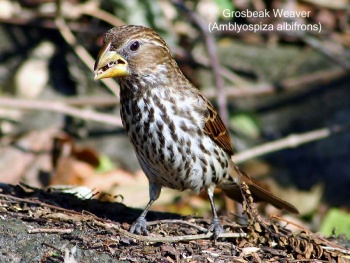 This is the only member of its genus.

This species has ten subspecies[1]: 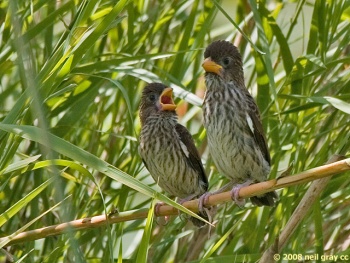 Their varied diet consists of seeds, soft fruit and insects.

Search for photos of Grosbeak Weaver in the gallery