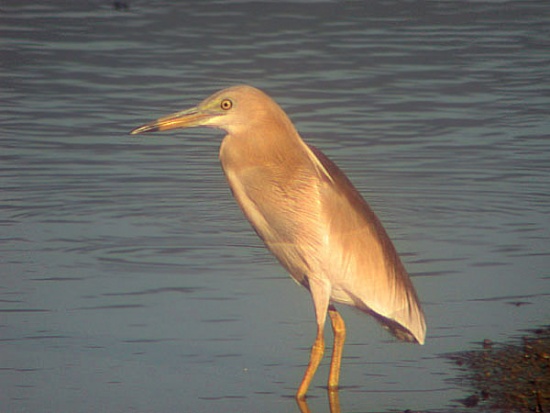 Adult Non-breeding and Juvenile: head, neck, and breast have streaks and spots. 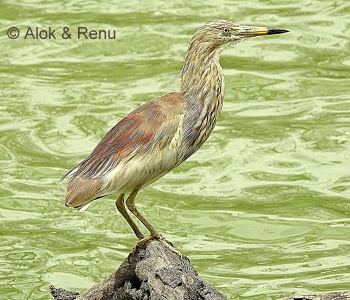 In non-breeding can be very similar to Squacco Heron but Indian Pond Heron has a dark supraloral line (just above the gape from below the eye to the front of the head). May not be separable from Chinese Pond Heron in non-breeding/juvenile plumage.

Breeds from southern Iran eatwards, throughout the Indian Subcontinent including Sri Lanka and the Maldives, in Burma and on the Andaman and Nicobar Islands.

Has been recorded in Kuwait although not recorded for many years and recently reported in Belgium in July 1988 but this bird was generally thought to be an escape.

Largely resident but occurs as a rare but regular migrant in Oman.

Usually freshwater, sometimes brackish lagoons or on coastal mudflats. Can be seen on almost any kind of freshwater from small stagnant pools to large lakes and often close to human habitation. 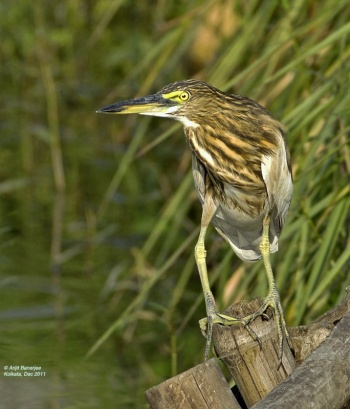 When Spooked freezes, until exploding in flight. Have been observed catching jumping fish and diving whilst in flight.

Search for photos of Indian Pond Heron in the BirdForum Gallery

Search for videos of Indian Pond Heron on BirdForum TV