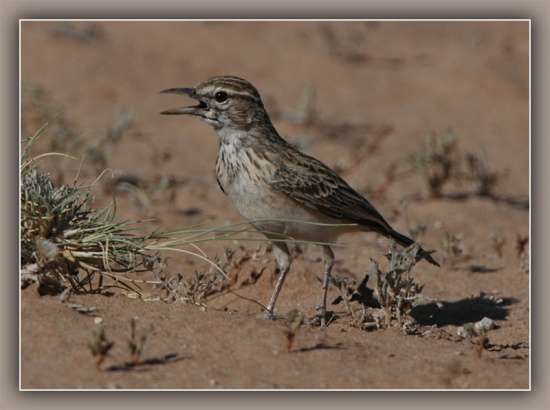 Usually seen alone or in pairs. Forages on the ground for invertebrates and seeds; also eats fruit and small corms.

The male sings from a perch, the ground, and while in aerial display. The call is a loud descending whistle peeeuuu lasting about a second (repeated every 8-15 seconds while perched).

Monogamous and territorial. The nest is a cup of twigs and roots, sometimes with a partial dome; it is built on the ground at the base of a bush or stone. Two to three eggs are laid.

Search for photos of Karoo Long-billed Lark in the gallery