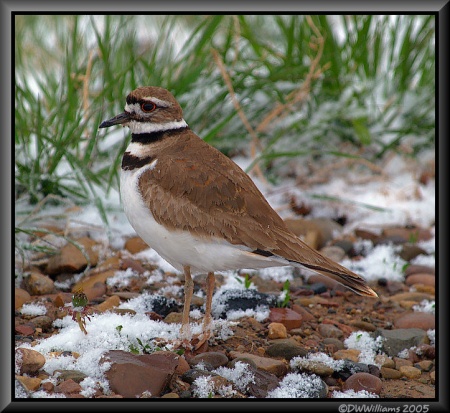 Breeds throughout much of North America as far north as south Alaska and central Canada and winters in Atlantic and Pacific states and in the southernn USA southwards. In the east breeds north to Quebec and Newfoundland and occasionally taken north to Newfoundland in late autumn and winter by storms on the Atlantic coast. This is the origin of transatlantic stragglers.

Vagrants recorded in Iceland, Faroes and British Isles, south to Spain, Portugal and the Azores and east to Hungary and Romania. Most records come from the British Isles (c.47 British records) in late autumn, winter and early spring and although well-scattered the majority are in the south-west and especially on Scilly. 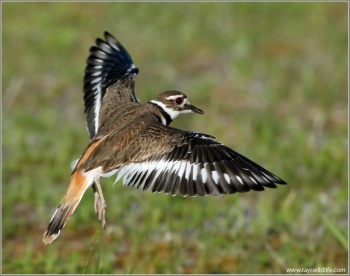 Open grassy land including pastures, lawns, airfields and golf courses. Also mudflats, along shorelines and beside gravel-pits, especially in winter.

Notorious for its "broken-wing" display to distract predators from nests and young.

Search for photos of Killdeer in the gallery

Search for videos of Killdeer on BirdForum TV