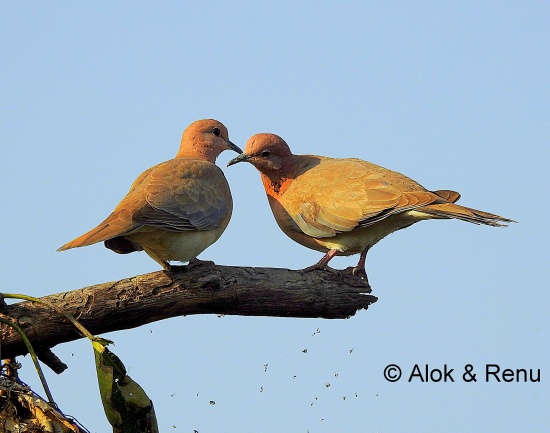 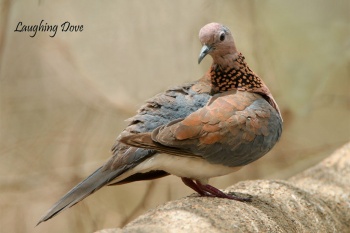 Widespread in Africa except for the driest parts of the Sahara Desert and the wetter rainforests; also through the Middle East and southern Asia east to India.

Introduced to Australia. Some sources also suggest that some populations in the Middle East (e.g. Israel, and around Istanbul in Turkey) are also introduced[1].

This species has recently been transferred, with its closest relative the Spotted Dove, to the genus Spilopelia by several authorities following the studies of Johnson et al. (2001)[2], [3]. 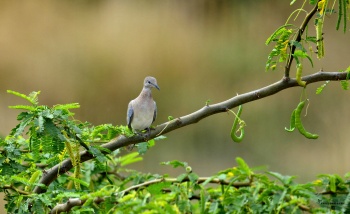 This is a polytypic species, consisting of five or six subspecies[3], [4]:

Scrub, dry farmland and habitation; a common urban bird in many parts of its range.

It builds a stick nest in a tree and lays two white eggs.

Diet consists of mostly of small seeds but some subspecies also eat sunflower and maize grain. Fruit is also taken in addition to some vegetation and small insects.

Search for photos of Laughing Dove in the gallery

Search for videos of Laughing Dove on BirdForum TV