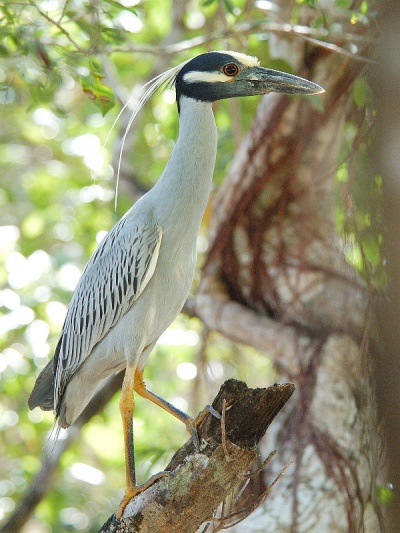 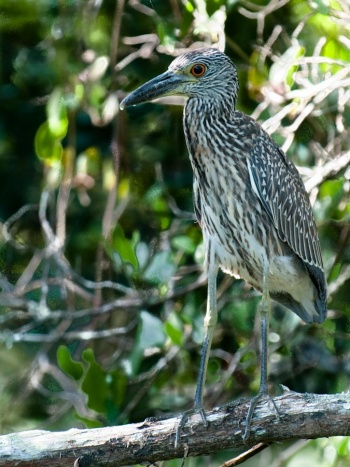 51–70 cm (51-27½ in)
Grey body, Pale yellow crown, red eyes and short yellow legs, white stripe below the eye completely surrounded by black. Black feather centers produce a pattern on the wings. The bill has a specific shape, with the culmen tapering down and the mandible tapering up to the tip of the bill so that the bill overall is shaped like a chisel.

Juveniles are mainly brown flecked with white or gray. 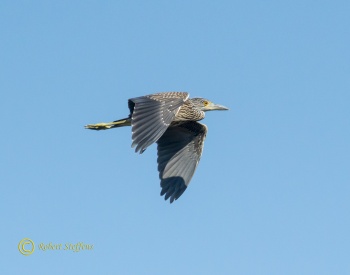 In flight will have strong legs protruding back beyond the short tail and the neck held in a compact S shape. 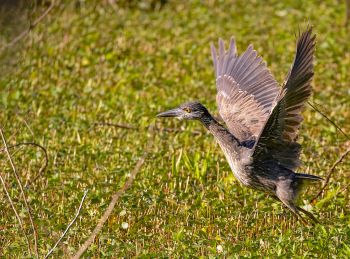 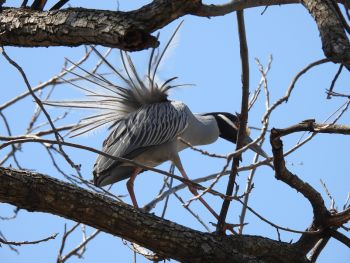 Black-crowned Night Heron and Boat-billed Heron are the most similar to both adults and juveniles, and the juvenile additionally has some similarities to American Bittern. Notice the shape of the bill of the Black-crowned Night-Heron which has lower edge of the mandible straight. 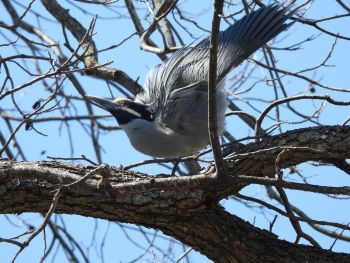 North, Central and South America and the Caribbean.
North America: limited to eastern parts where breeding coastally from Maine to Florida and the along the Gulf Coast and inland from the Great Lakes to Colorado and Texas. Recently expanded to Southern California breeding north to Ventura County.[5]
Central America: Range continues along Gulf Coast of Mexico and along the Atlantic side south to Panama and also occurs along the Pacific coast from Baja California southwards.
South America: occurs in coastal areas from Colombia to Rio Grande do Sul, Brazil in the east, as well as south to northern Peru in the west and on the Galapagos Islands.
The Caribbean: Also occurs throughout the West Indies and has been reintroduced to Bermuda.

Most northern birds move southwards after breeding to winter in the southern USA, Mexico, Central America and the West Indies. Vagrants recorded north to Nova Scotia and Newfoundland.

This is a polytypic species. Six subspecies are recognised[1]: 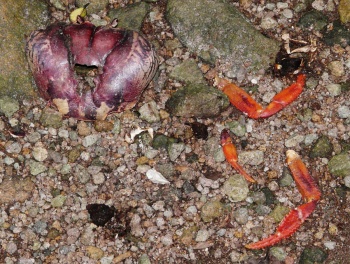 Mainly coastal areas including rocky shores, mudflats and mangroves. Also inland on lakeshores and riverbanks. Breeding in swamps and marshes.

The degree to which they are active during day or dawn/dusk varies both geographically and with time of year; they are more likely to be encountered before dark when they have young in the nest.

Mainly colonial nesters in trees or shrubs. The platform nest is built of sticks near water. The clutch consists of 3–5 pale blue-green eggs.

The diet includes crustaceans, molluscs, frogs, aquatic insects and small fish, but one favorite food is land crabs; their bills are shaped like chisels and used to hammer a hole in the back of the crab shell.

Search for photos of Yellow-crowned Night Heron in the gallery

Search for videos of Yellow-crowned Night Heron on BirdForum TV