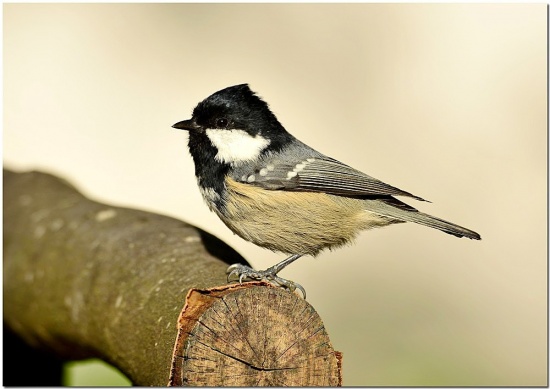 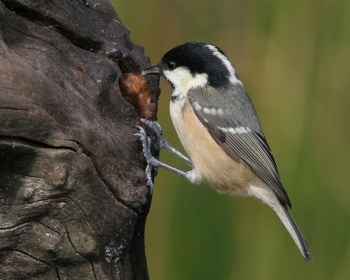 Great Tit is the most obvious candidate for confusion in Europe 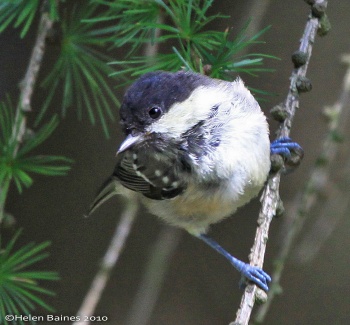 Europe and British Isles to eastern Siberia, Japan, Korea, China, Taiwan. Southern limits include north Africa, Caucasus, the Himalayas and southern China.
Resident, but along with Blue Tit is the most mobile tit in autumn, northern populations in some years moving south in large numbers. 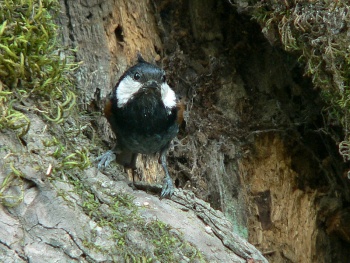 Subspecies P. a. melanolophus was formerly recognised as a full species, Black-crested Tit. 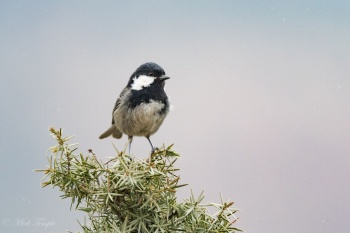 Forages (for seeds, insects, spiders) in top of trees and in outer branches. The will also cache seeds in crevices[3].

April to July. Nests in hole, sometimes among tree roots or in rock crevice. Readily uses nest boxes. The nest is made of moss, hair, fur and maybe feathers. The clutch consists of 7-9 white eggs with reddish-brown speckles. They are incubated for around 2 weeks, fledging at 16-19 days. There may be a second brood. 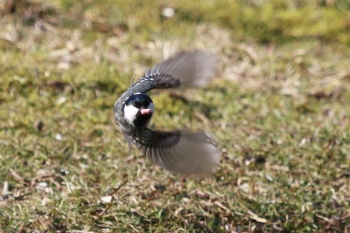 Search for photos of Coal Tit in the gallery