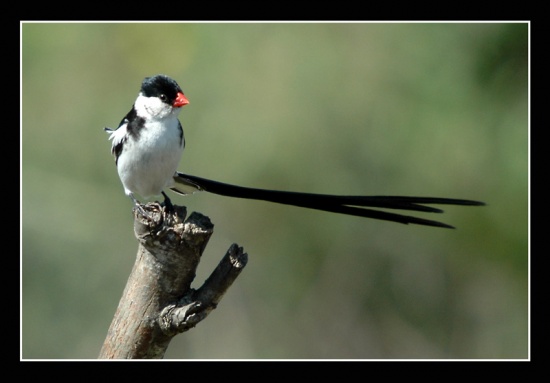 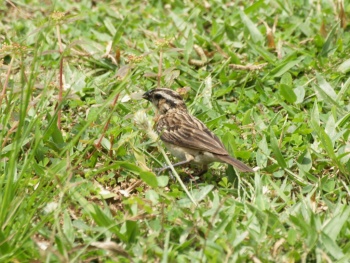 The female and non-breeding male: 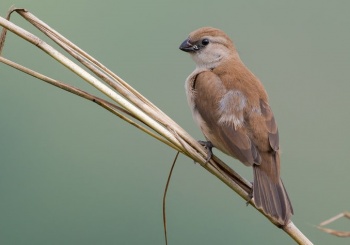 This is a monotypic species[1]., however, a second subspecies arenosa is sometimes recognized. 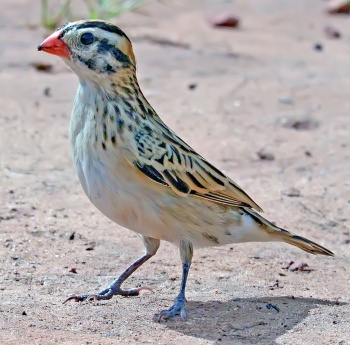 The diet consists mostly of small seeds which are gleaned from the ground. They also catch insects in flight.

The female may eat the eggs of the host species.

They are a brood parasite laying their eggs in the nests of estrildid finches, especially waxbills. In South Africa, the primary host is Common Waxbill Estrilda astrild.

In Puerto Rico, only introduced species are parasitized, none of the native species. Their 2-4 white eggs are added to those already present in the nest.

Search for photos of Pin-tailed Whydah in the gallery