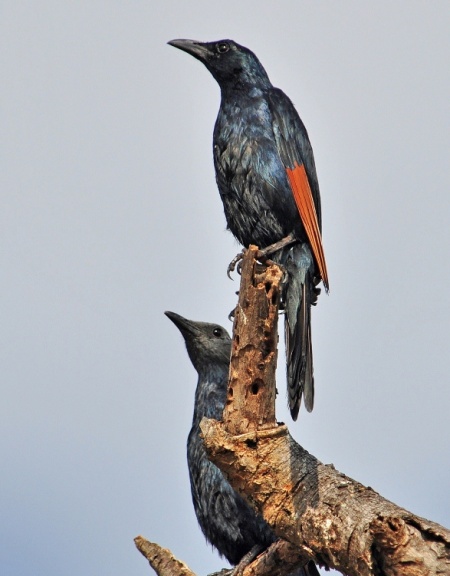 Females have an ash-grey head and upper breast. Juveniles resemble males but are less glossy than adults and has brown eyes. 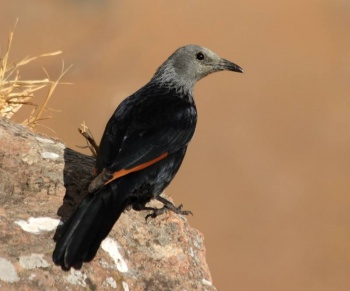 Eastern Africa from Ethiopia to the Cape in South Africa.
Abundant in many areas.

Has been considered to form a superspecies with Tristram's Starling.

Rocky cliffs, outcrops and gorges, as well as urban areas.

Although they are omnivorous and opportunistic feeders, their diet consists mostly of fruit.

They build a nest of grass and twigs, with a mud base, on a ledge. The clutch consists of 2–4, blue eggs with reddish-brown spots which are incubated by the female for 13–14 days. The young fledge about 22–28 days hatching. They often have a second brood.

It may be parasitised by the Great Spotted Cuckoo.

Search for photos of Red-winged Starling in the gallery