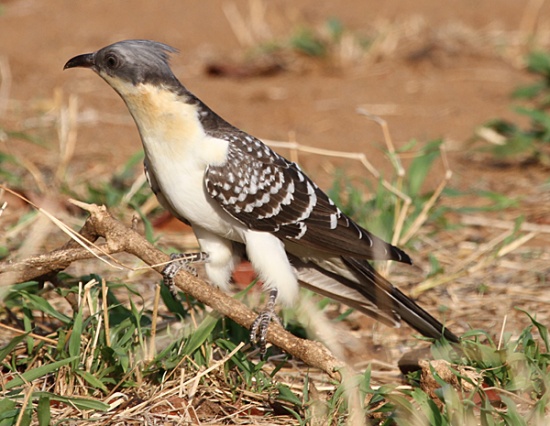 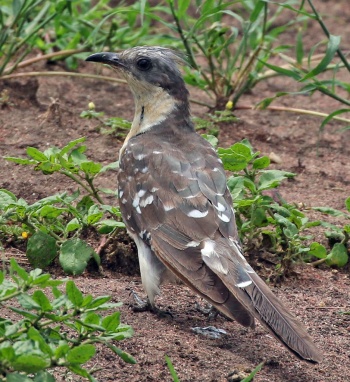 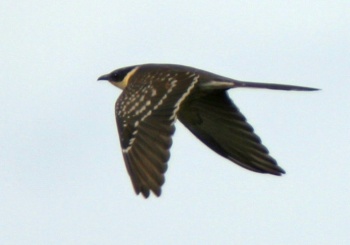 Vagrants occasionally venture elsewhere in Europe, including the British Isles.

Direct flight, much stronger than Common Cuckoo. The trailing tail makes the outline distinctive.
Adopts Eurasian Magpie-like postures during the breeding season.
Hops on the ground

It's diet consists mainly of insects.

It parasitises nests of the crow family (in Europe mainly the two species of magpies), and may lay several eggs in the same nest. In southern Africa the most common hosts are Pied Crow, Cape Crow and Pied Starling. In western Europe is a very early breeder, the adults have left the region by early June.

Search for photos of Great Spotted Cuckoo in the gallery

Search for videos of Great Spotted Cuckoo on BirdForum TV